The Silk Pearl of the Air 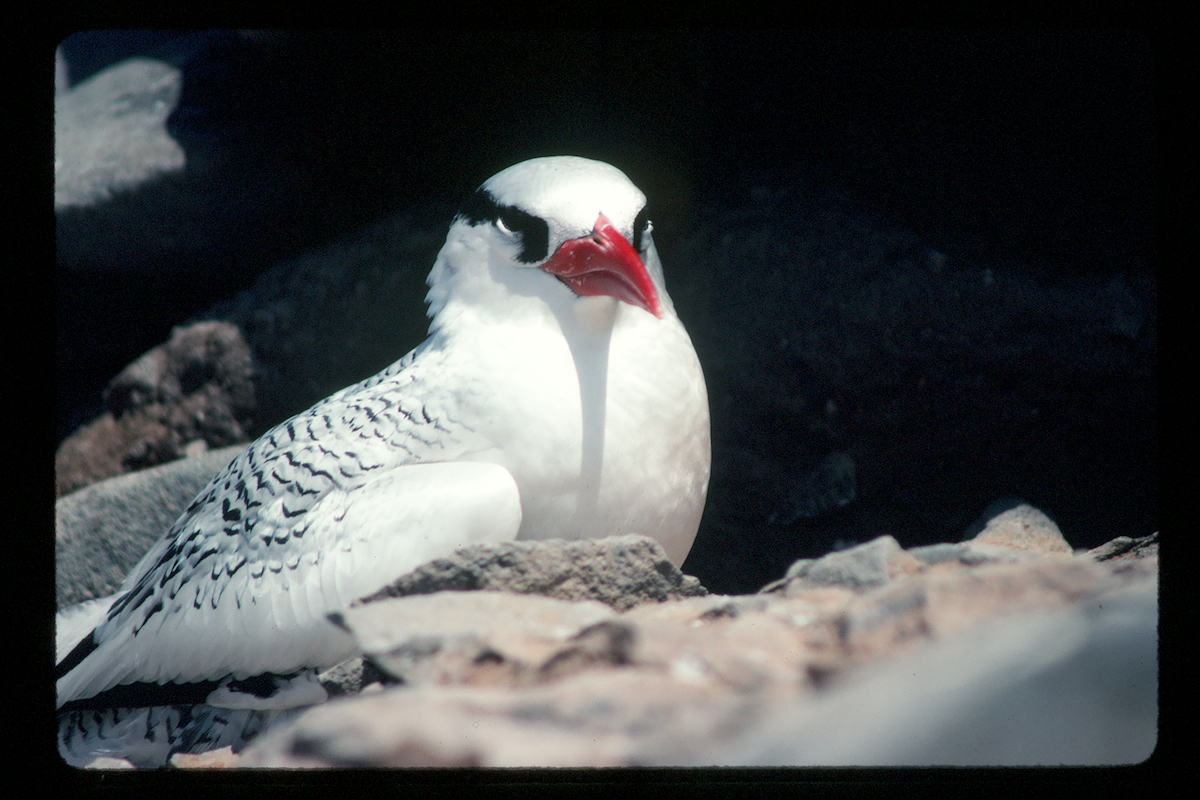 There I was, in the Galapagos Islands at Christmastime:  After an all-night sail aboard our 12-passenger commercial boat, we came ashore and started exploring.  I headed up a rocky foot trail.  Just around the first bend in the trail sat this incredibly gorgeous, silk-white bird with an enormous red beak.  It didn’t move.  I didn’t move.  It was only a few feet away from me.  Slowly, slowly, slowly I found my camera and brought it into focus on what I later learned was the Red-billed tropicbird.  I had seen them before, but they were always gracefully flying hundreds of feet in the air, almost “dancing” with each other in ballet-like performance.  What makes them so outstanding is their plumage with extremely long, white, twin tails which float like ribbons as they fly. Here on the rocky Galapagos trail, however, this tropic bird sat and unflinchingly allowed me to take several photos while I held my breath in the joy of the moment.  After a a long five minutes or so, the tropicbird simply got up and walked away.  I learned that the Red-billed tropicbird needs height in order to fly; like many other pelagic birds, they often need a cliff from which they become airborne.  It was probably on its way to that cliff when this funny-looking animal with a camera interrupted its resting spot.   I was a certain, lucky so-n’-so to capture the unscheduled moment in my camera lens.

Red-Billed Tropicbirds (Phaethon aethereus) are the largest of the three tropicbird species, and are named after their curved, crimson bills. These tropical seabirds spend most of their time over the open water (pelagic), only coming on to remote oceanic islands to breed and lay a single egg. Red-billed tropicbirds fly high over the water before diving down to catch fish and squid.  It also swims well, with their long tail held up out of the water.